How to Deploy Your React Application on Surge 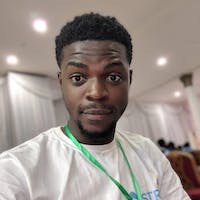 You can now deploy your React Application with just a single command on Surge. With the Surge command-line tool, deploying your application has never been easier.

Enough talk, let's see how to deploy your react application easily with just a single command.

Of course, the first you need is to get it installed on your computer. You will need to have node and npm installed before you can install it.

To install it, open your terminal and type the command below:

Once you have it installed, the next thing is to set it up.

In your terminal enter the command below:

The next thing now is to see how we can deploy our react app on surge using the command-line tool.

Open your terminal and navigate to the react application you would like to deploy.

In this tutorial, I will be using this react project. It's a project I used in one of my tutorials on react hooks. You can git clone it if you don't have one to deploy with.

Now navigate to the directory in your terminal:

Once you are in the directory, you would need to confirm if you have built your react app to production.

Run the command below to build your react app:

Once that's done, we can now deploy our app using the command below:

The command above will prompt for the build folder directory (where the static files are) and the subdomain you would like to use (although it suggests random domain and you don't need to provide one).

Tada! Your react application is now live. Now head over to reactuseinfinitescrollhook.surge.sh to confirm if your app is deployed.

To make your workflow better, you can turn this into an npm script. Open your package.json and head over to the scripts section and add the line below:

With this you can now run npm run deploy to deploy your application to surge easily.

Another thing you could do to reduce the step taken to build and deploy your application is to run your build command and deploy sequentially. Let's take a look at the line below:

Let's say you are working on a Single Page or Client Side Routing react app, you would need to add a callback file(200.html) that surge will fallback to. It helps you re-route all requests to your client-side application.

To do this, just copy the content of your index.html to 200.html. You can simply do this using the command below:

To reduce the steps and increase our workflow, we can now update our deploy script command like below:

With this, you can now easily deploy your react application with just a single command.

Long gone are the days you have to go through a thorough and exhausting server setup to get your application deployed. All you need is just a single command to deploy your React Application. These steps also applies to deploying any frontend application (vue, svelte).